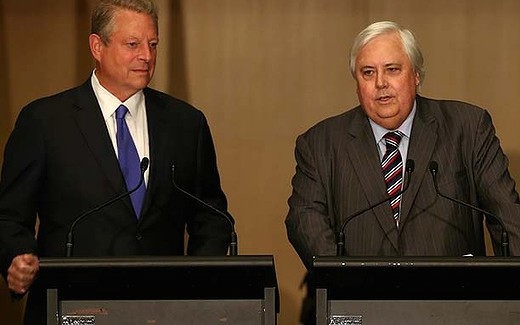 The tall man with the American accent standing next to Clive Palmer this afternoon was a custom-made reproduction of Al Gore, not the former Vice President himself, it has emerged. It is believed Mr Palmer commissioned the replica to be built earlier this year.

“It’s just not conceivable that an intelligent man who has pinned the latter part of his career on the need to reduce carbon emissions would risk his reputation like this,” a Canberra insider said. “The likeness is uncanny, but it’s just a clever fake, a replica,” he said.

A spokesperson for Mr Palmer confirmed that the replica Al Gore will be installed as a permanent attraction at Palmersaurus Dinosaur Park next month.