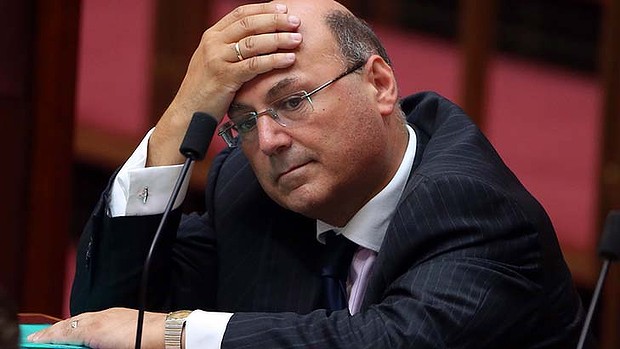 Former Assistant Treasurer Arthur Sinodinos can’t for the life of him remember if he switched off the stove before leaving for work this morning, despite the fact that his house was on fire when he left.

Mr Sinodinos said he didn’t notice the flames engulfing his property and didn’t think to investigate when the windows in his kitchen suddenly blew out. “I was there to cook breakfast, not as some kind of pyrotechnics expert,” he said.

When his wife asked him this morning whether he may have been the one who left the stove on next to the morning’s newspapers, he said calmly, “I don’t have a clear recollection”.

It follows a worrying trend of forgetfulness for Mr Sinodinos who recently discovered he can’t remember anything at all about what’s happened over the past five years.