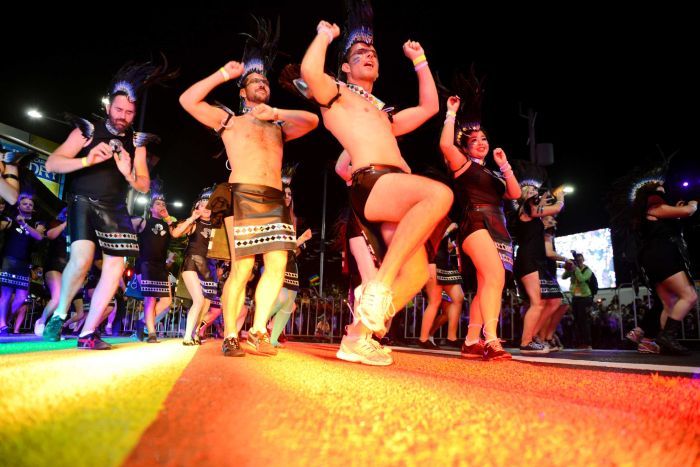 Fred Phelps Snr, the former pastor of the gay-hating Westboro Baptist Church, will spend at least the next 10,000 years on a ‘men-in-uniform’ themed Sydney Mardi Gras float, it has been revealed. 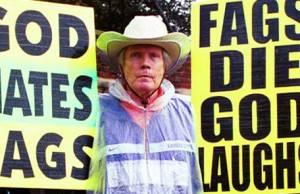 Mr Phelps, who died this week, was famous for his ‘God hates fags’ protests and his leadership of the controversial Westboro Baptist Church, which he founded. But on entering the afterlife yesterday, he was surprised to be handed a pair of crotchless fireman’s trousers, a bottle of glitter and directions to a secret doorway down the hall.

Once on board the float, Mr Phelps will spend the rest of eternity watching men kiss and listening to an endless loop of Kylie Minogue’s Rhythm of Love album.