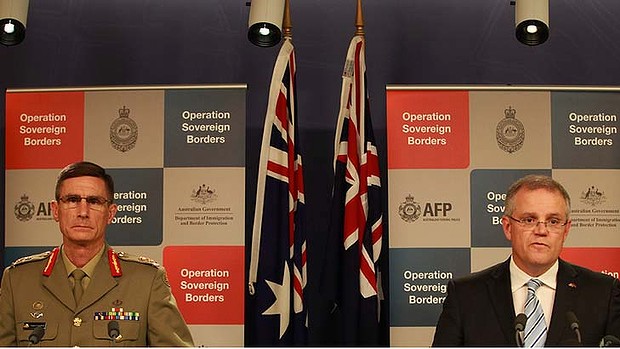 Those eager to find out whether Australian search efforts in the Indian Ocean have uncovered signs of Malaysian Airlines flight 370 will have to wait until next Wednesday, when the Australian Government gives its weekly maritime operational briefing.

Immigration Minister Scott Morrison agreed to re-initiate the weekly briefings, which were scrapped earlier this year, but refused to provide any detail in the meantime.

“I’m not about to start distributing critical information just for the amusement of the general public,” Mr Morrison said.

Pressed further, he released an automatically generated statement that read, “Due to the sensitive nature of this case it would be inappropriate for me to comment on on-water matters”.