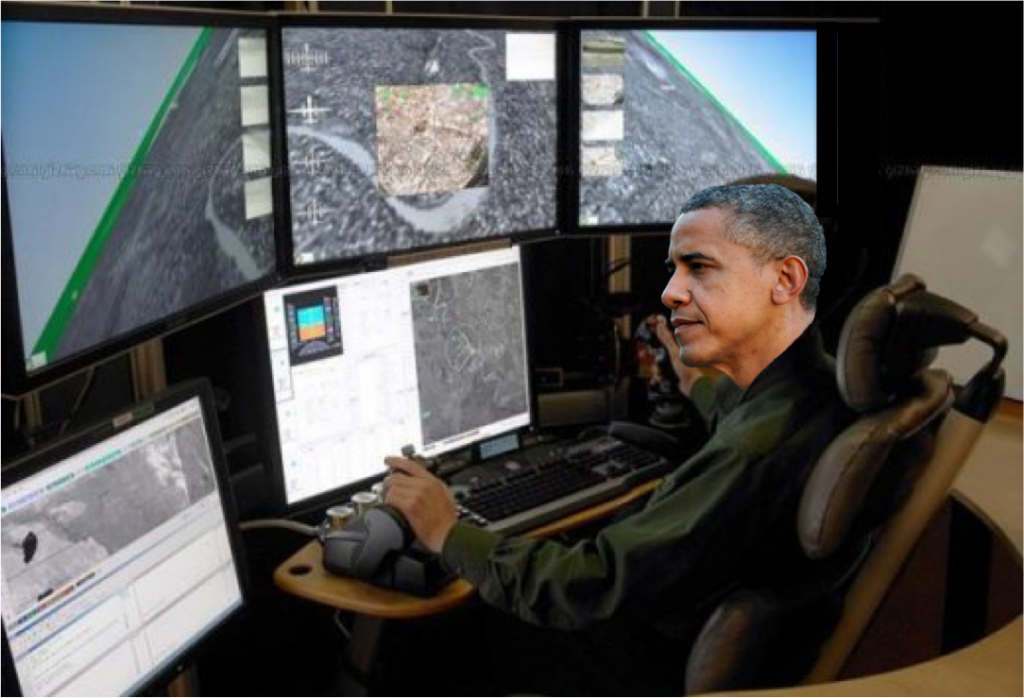 Asking a colleague to cover his shift, US President Barack Obama briefly took a break from flying unmanned drones in the Middle East yesterday to call Russian President Vladimir Putin.

Stressing he only had a few minutes to spare, President Obama told the Russian leader in no uncertain terms to immediately pull troops from the Crimea region, warning that there would be ‘costs’ if he didn’t.

Mr Putin held Obama on the phone for some time, outlining his country’s objectives. But Mr Obama apparently cut the call short. “Gotta go,” Mr Obama is reported as saying, before rushing back to the drone control station. “I owe you one!” he told his colleague.