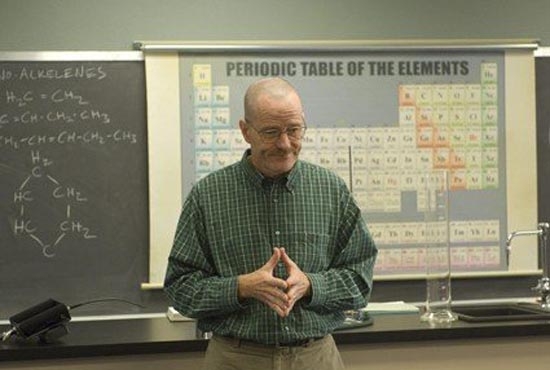 Authorities in New Mexico say they are worried about a sharp rise in amateur chemistry teaching, following the success of popular TV show Breaking Bad.

Re-emphasising the dangerous influence television can have on young people, a spokesperson for the state’s emergency services warned would-be students of the consequences of backyard learning. “Once you get a taste for the periodic table and molecular compounds it can be very difficult to stop,” she said.

It is feared the trend may spread to other states, or even other countries.

While technically not illegal, an understanding of science is frowned upon in parts of the United States, as well as Australia.