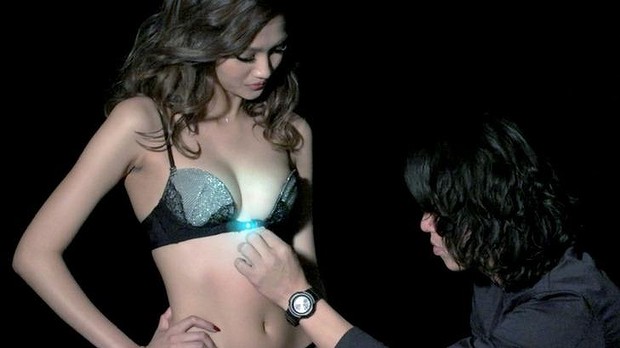 In a long-awaited fusion between hot-blooded hormones and cold, hard practicality, a new bra designed by Australian scientists will only unlock after the potential suitor has taken out the bins and made an effort with the dishes.

The high-tech lingerie uses sensors to detect which jobs have been done around the house and then sends running updates to the clasp on the front of the bra.

Makers of the bra say the smart technology will be able to distinguish between token efforts – piling up a few plates for example – and genuine attempts to help out around the place.

It follows the release of a similar high-tech bra developed by Japanese scientists.