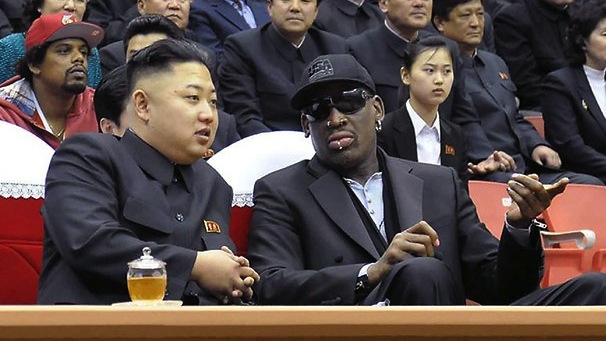 An exhibition basketball game in North Korea next Wednesday, between a Dennis Rodman-led team of former NBA players and a senior local side, was won by the host nation, the North Korean Central News Agency has revealed.

According to the report, which was accidently published four days early, the upcoming event was “a glorious display of skill and gracefulness and a credit to our Dear Leader”. North Korea’s popular leader Kim Jong Un scored the winning points with just seconds remaining.

Dennis Rodman and his team will leave for North Korea tomorrow.