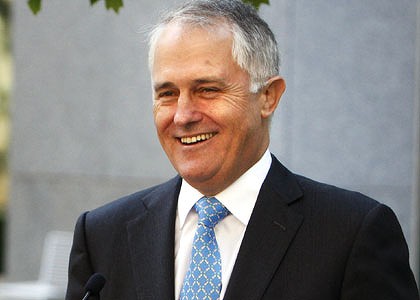 The Government today announced that it would cut all funding to the national broadband rollout and instead power the network directly with Communication Minister Malcolm Turnbull’s charm.

A spokesperson for the Government said the new policy was both fiscally responsible and politically prudent. “Malcolm has already managed to convince a majority of Australians that an inferior, underfunded broadband network is actually in their interests, simply by using a clever turn of phrase and a cheeky smile. We thought we should channel all that energy and charisma directly into Australian homes and save around $40 billion in the process.”

The Turnbull broadband, which is expected to reach speeds of up to 60 kmph, is already creating excitement in Australian neighbourhoods. Sydney resident Greta Bryant said she would be ‘first in line’ to sign up for the Turnbull-powered service. “This is the broadband Australians really want”.

Mr Turnbull will be plugged into the network as early as tomorrow.