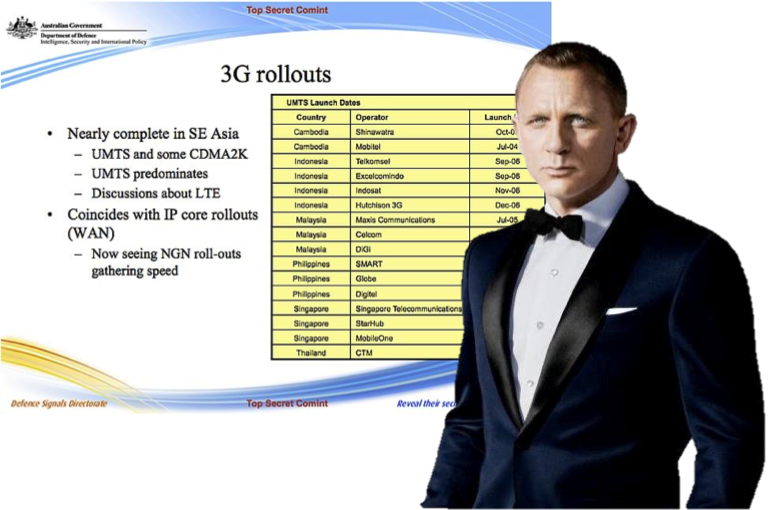 Sony Pictures has given spy fans a taste of what to expect in the next instalment of the James Bond franchise, saying the new film will be a treat for tech enthusiasts.

In the film, set to be released late next year, 007 (Daniel Craig) will travel on assignment to Australian intelligence headquarters in Canberra to attend a meeting on the British ally’s latest findings.

“This is very real, very gritty stuff,” said Sony executive Jeremy Pelosi. “I don’t want to give too much away, but at one point there’s a PowerPoint slide that uses the ‘blinds’ animation. So as usual, we haven’t cut corners with the special effects. You’ll get to see a lot of technology you haven’t seen. Since 1996”.

It is rumoured that Bond, who has a taste for the finer things in life, may have to settle for an instant coffee and some sandwiches from the place down the road. “But just wait for the post-meeting drinks,” Pelosi said. And given the meeting runs for over an hour and a half, we will.