CLOSE
The Nation
Australia Loses First Round Of Asylum Seeker 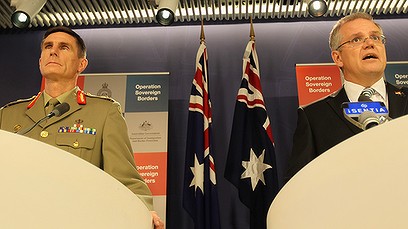 Australia has narrowly lost the first match of Asylum Seeker, in a disappointing start to the five Test series against Indonesia.

Under the rules of the increasingly popular game, participants have to throw a boat full of people back and forth across the Timor Sea, while being careful not to lose too many occupants. The last player to touch the boat before the siren sounds loses the game.

Australian captain Scott Morrison said that, despite the loss, there were positives that could be taken out of the gruelling opening encounter. “I thought we played pretty well today. We talked before the game about how we’d break down Indonesia’s defences and, while it didn’t unfold exactly how we’d planned, I think there are some good signs there. We’ll bounce back in time for the next match”.

Asylum Seeker fans hoping to watch future matches may be disappointed however, with the teams failing to come to an agreement on live telecasts. Morrison said his side wasn’t after fame. “We’re not looking for any TV coverage or publicity or anything like that,” he said.