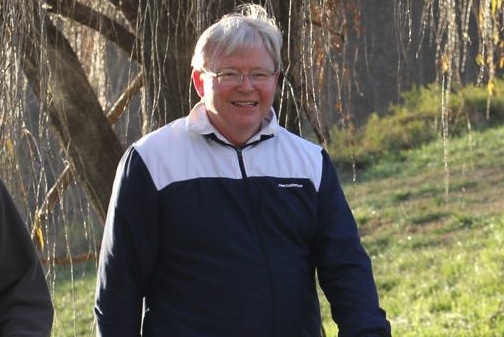 A man who was found wandering dazed, confused and highly agitated in the Parliamentary district of Canberra has been identified as Australian citizen Kevin Michael Rudd.

It is believed the man – who in the past has used up to 40 different aliases including KRudd, Kevin07, Dr Death, Kevin 24/7 and The Messiah – was a former Prime Minister of Australia.

Authorities were first alerted two months ago after locals saw a man weeping uncontrollably on the footsteps of Parliament House, pleading to be let into the Prime Ministerial office “just one last time”.

Police, who initially thought the man to be aged only 14 or 15, were unable to identify the man. But following the release of several thousand selfies, some members of the public tentatively came forward.

It is believed the man is refusing to go back to his home town of Brisbane.