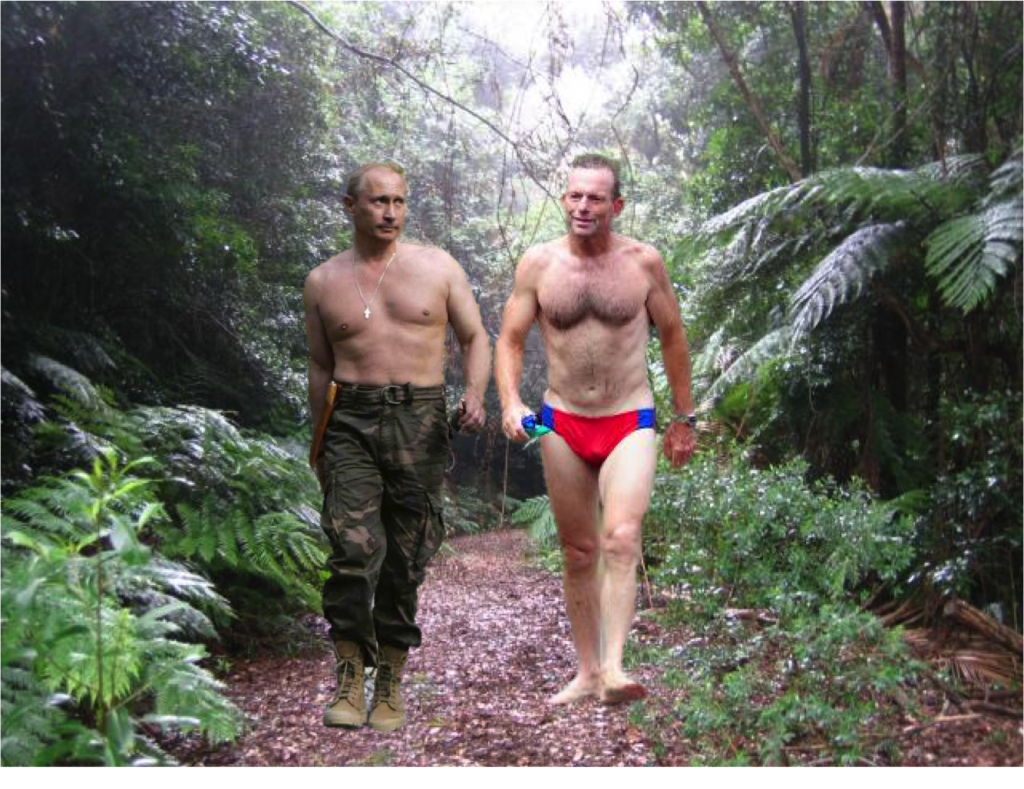 Any animosity between Australian Prime Minister Tony Abbott and Russian President Vladimir Putin at yesterday’s APEC meetings was put to one side last night, as the two leaders went out for some casual tiger wrestling.

“It was an opportunity for a couple of blokes to take their shirts off, put aside their differences, have a tussle with some wild animals and get the testosterone pumping,” Mr Abbott said.  “He teased me about my cycling – he thinks it’s a girls’ sport. I had a very, very gentle prod at his human rights record. Very gentle – I’m actually not sure if he heard. So it was really just a lot of fun”.

Mr Putin said the Australian Prime Minister was welcome in Russia any time. “I invited him to my charity bear-riding event in Siberia next winter. I won the event last year blindfolded. So we’ll see how tough this guy really is”.