CLOSE
The Nation
Change In Strategy: Rudd To Target Adults 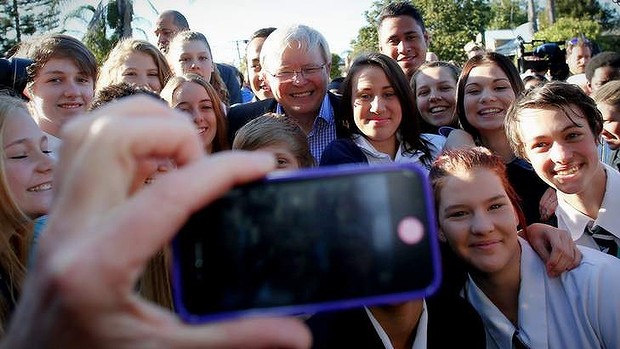 Halfway through the campaign and with the polls pointing to a Coalition victory, Kevin Rudd is contemplating a significant change to his election strategy – talking directly to adults.

Opposition Treasury spokesman Joe Hockey conceded it was a clever strategic move by the Labor Party. “I haven’t got the numbers in front of me, but I’d say 60-70 per-cent, maybe even 80 per-cent of the voting public is 18 or over”.