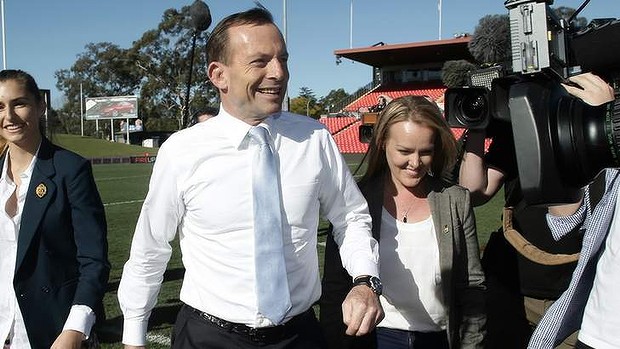 Senior figures in the Liberal Party are searching through old manuals and revisiting how-to guides, to help them remember how they stopped Tony Abbott from saying anything between October 2012 and July 2013, after the Opposition Leader mysteriously started talking again this week.

“There was a switch or a knob or something, I can’t quite remember,” said one Party strategist. “But whatever it was that we pressed, Tony stopped talking and the polls starting going up. We’ve got literally hours to work out how to do it again or we’re f*cked”.

Since he started talking again this week, Mr Abbott has made a constant tit of himself, claiming no-one can be the suppository of all wisdom, judging the worthiness of one of his candidates based on her sex appeal and writing off gay marriage as a passing fad. One Liberal insider worried that if Mr Abbott wasn’t switched off soon, there was every chance he could blurt out a costed policy.

Mr Abbott was contacted for comment, but his minders wouldn’t let us get anywhere near him.