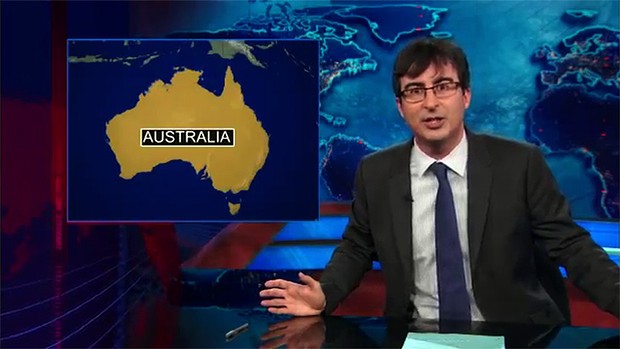 Americans were treated to some of the most outrageous, inane and downright scary highlights from Australia’s election campaign during a special segment on The Daily Show last night. But it was the existence of a large, yellow country thousands of miles off the coast of Mexico that was of most surprise to some viewers.

“There were some really funny gaffs and bloopers on that Daily Show segment. But the most fascinating thing was that there’s this entire other country out there. Who the f*ck new that?” one viewer commented.

Another viewer Tweeted, “Getting wine stains off your penis is one thing. But the real question is, how the hell do people get all the way down to the bottom of the earth?!”

On a more serious note, a Californian man said he was shocked to hear One Nation candidate Stephanie Banister’s interview with Channel 7. “I’m not certain, but I’m pretty sure she was speaking American. Incredible.”