CLOSE
The Nation
Jaymes Diaz “Probably Gave Too Much Away”: Abbott 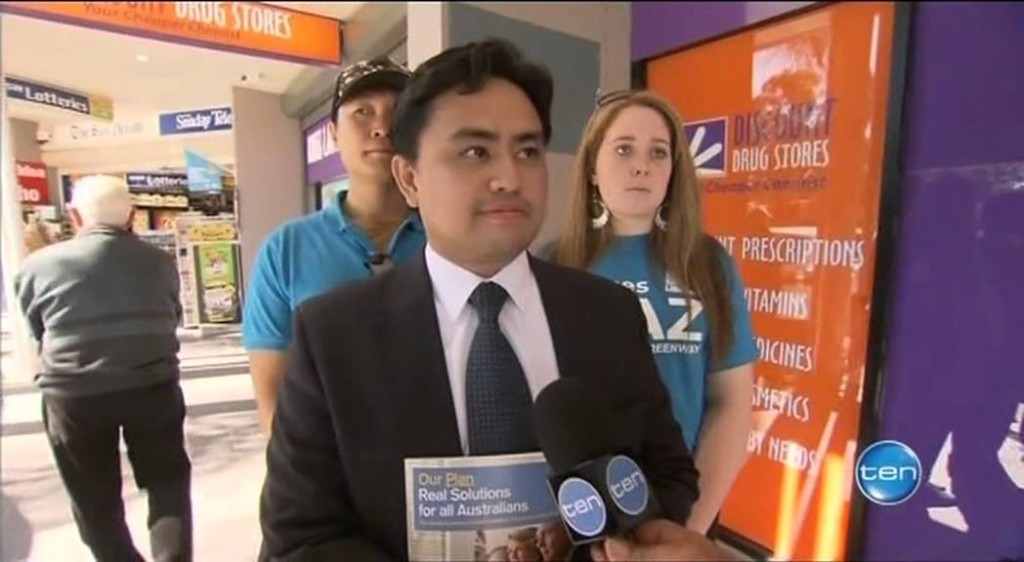 Opposition Leader Tony Abbott conceded that the Liberal candidate for the seat of Greenway, Jaymes Diaz, overstepped the mark by going into too much detail about party policy during an interview with Channel 10 yesterday.

During the six minute interview, Mr Diaz discussed the the ins and outs of a wide range of Coalition policies. When questioned about the Coalition’s direct action policy, for example, he waxed lyrical about planting trees, armies and even let slip “we have a solar panel” (2:10).

Mr Abbott said such painstakingly detailed responses went against the spirit of the party . “We haven’t got to where we are today by engaging in highbrow, intellectual discussions about areas of policy. And, as I pointed out in no uncertain terms to Mr Diaz on the phone this morning, we’re not about to start now”.

A Liberal Party strategist said it was unfortunate that so much detail was given away so early in the campaign, “We’ve got to keep some stuff up our sleeve,” he said.

Despite his frustration, Mr Abbott said he’d forgiven Diaz. “Look, he’s a relatively young bloke, he’s in his early 30s, so he hasn’t quite learnt yet just how excruciatingly basic our communication strategy is”.