CLOSE
Entertainment & Sport
Fading Genius: Warne Can No Longer Squeeze His Face Into A Glass 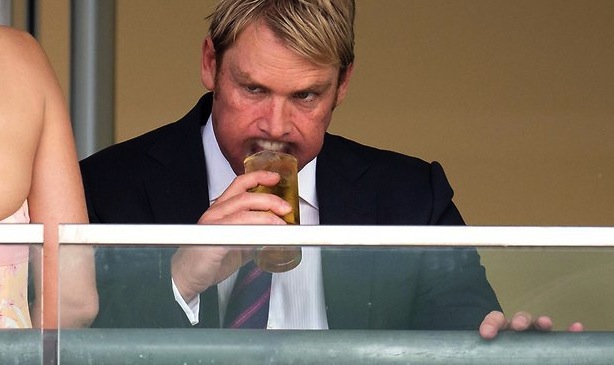 The man who could once bowl a batsman through his legs and turn a ball three feet on a flat wicket can no longer fit his face in a tall-glass, it has been revealed.

In a sign of his fading powers – which may explain his recent retirement from all forms of cricket – Shane Warne tried on multiple occasions to entice his head into a glass during the recent race meet at Royal Ascot. Each time he failed.

“His frustration was palpable,” said one commentator. “He’s probably the most talented person in Australia, ever. So this is a sad day. It just shows that, no matter who you are, no matter how gifted you are, we all get old. We all lose the ability to do the things that we once found straightforward. Even prodigies like Shane”.

Ron from Sydney was less diplomatic. “This country’s going down the gurgler. We’ve got massive debt, unemployment’s out of control, the Government’s a farce. And now Shane Warne can’t fit his head into a bloody drinking glass. God help us”.