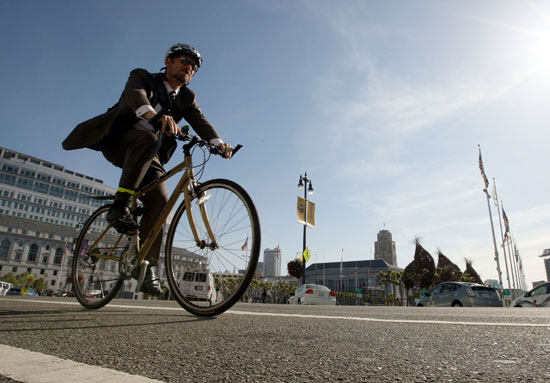 That quiet guy in IT who rides to work on an old shitty bike each morning takes EPO, it has been revealed.

In fact, according to a report released this morning, pretty much everyone who’s ever got behind a set of handle bars has taken a blood-booster at some point.

“Everyone’s on it,” said one Brisbane rider. “Even the guys with those funny fold-up bikes. They’re on it. Those loons with the horizontal bikes with the pedals above their head? On it. The mum’s pulling their kids in those little buggy-things on the back? Definitely on it. You need it just to keep up with the other guys on the commute circuit these days”.

The IT guy, who’s name no-one can remember, decided to come clean after months of speculation. “I sourced it (the EPO) myself. No-one else was involved,” he said. “This will tarnish my reputation forever”.