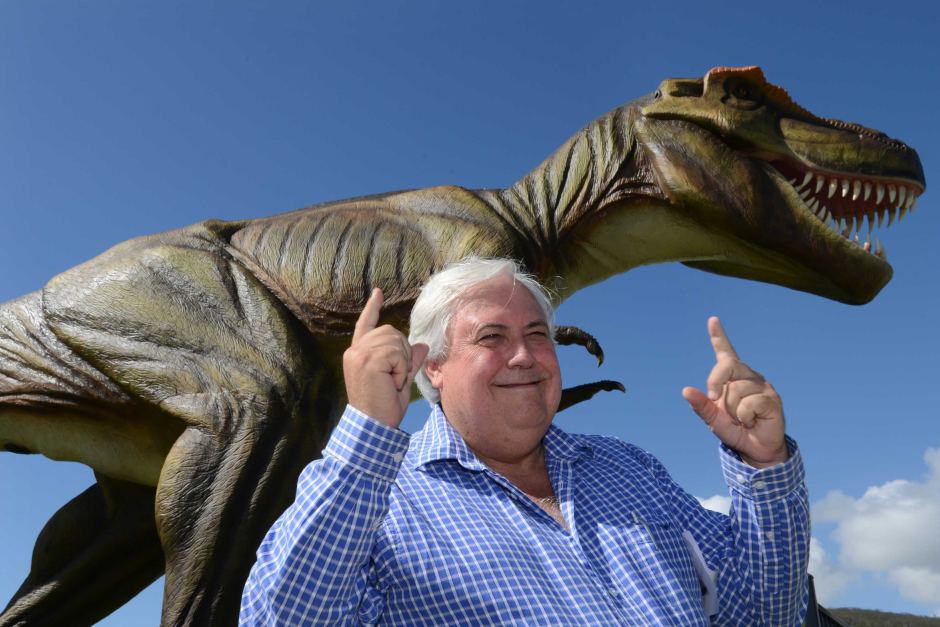 While Tony Abbott and Kevin Rudd were this week trying to outdo each other with increasingly ridiculous ways to scare away people on boats, political candidate Clive Palmer released a sensible, fully-costed plan to build 160, life-sized, roaring dinosaurs on his Coolum resort.

The dinosaurs – which will complement the two already in place at the resort – will, fittingly, be built in conjunction with a vintage car museum.

Mr Palmer would not confirm or deny whether the dinosaur park was part of his own party’s border control policy, although it’s unclear what other purpose it could possibly serve.

Either way, the plan has injected some much-needed sanity into an otherwise comical week of politics.

“It was time for someone to do something level-headed and reasonable this week. And, as usual, that responsibility has fallen to me,” Mr Palmer said.