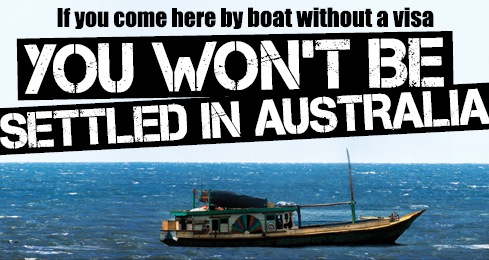 Australia’s struggling newspapers may have been thrown a lifeline in the form of the lucrative refugee readership segment.

A spokesperson for one major newspaper group said that until the Government asked them to place full-page ads targeting would-be refugees, they had no idea their titles were so popular amongst the ‘asylum set’.

“Perhaps foolishly, we’d never done any research into readership numbers in the refugee camps in Jordan or the half-way houses in Jakarta,” she said. “But if the Government is willing to spend all this money on ads aimed exclusively at these people, there must be strong interest there”.

She said very few of the printed editions were sent overseas, which suggested the online and tablet editions of the newspapers were the format of choice for refugees.

She predicted advertisers would be quick to jump on board to target this burgeoning market segment.