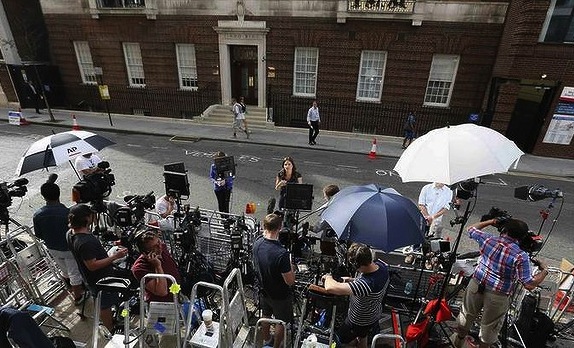 After more than two weeks camped outside London’s St Mary’s hospital, journalists are starting to fear the worst: what if the Duchess of Cambridge is actually just a boring, 31 year-old expecting mother who just happens to have a rich husband?

“All this time we’ve just assumed that she’d done something of note and that this whole thing was somehow interesting. But now we’re starting to wonder,” said one journalist.

“I just presumed that she was going to give birth to a panda or a new telecommunications device or something like that,” said another journalist. “But the longer this thing drags on, the more likely it seems that she’s just going to have a baby human”.