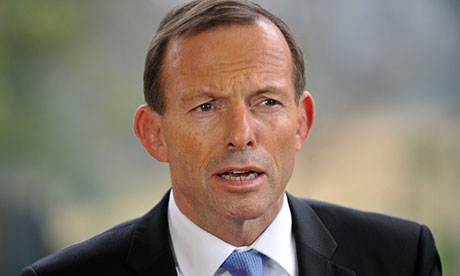 A Sydney man who believes an invisible spiritual being created the earth, impregnated a woman and devised intricate views on what constitutes a family, says the Emissions Trading Scheme is flawed because carbon emissions are not visible to the human eye.

The man, who also hopes to become Australia’s next Prime Minister, is the same man who once described the Clean Energy Regulator as a “police force chasing an invisible, odourless, weightless, tasteless substance”.

“This idea that you’d set up entire institutions dedicated to something you can’t even see, well, that’s just madness,” he told The Shovel today.