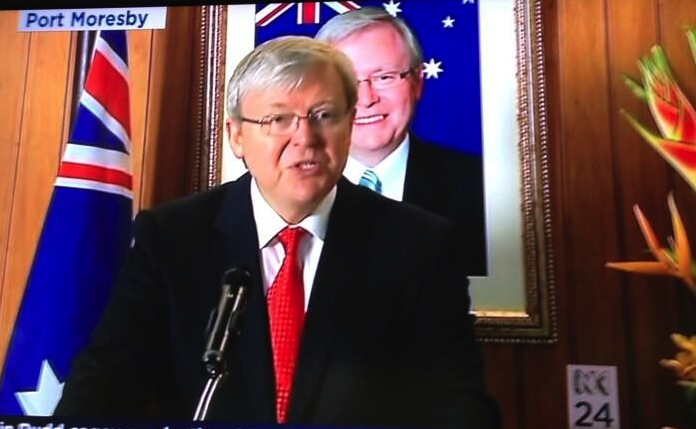 Australian Prime Minister Kevin Rudd introduced his chief policy advisor and most-trusted confidant to journalists today, during a press conference in Port Moresby. He said the two worked closely together on all policy decisions.

“This guy behind me is the guy I turn to when I need a second opinion or a broader perspective,” Mr Rudd explained. “When I need the ear of a switched-on, vastly experienced, multi-lingual, intellectual giant, he’s my go-to man.

“And would you know it, he’s a Queenslander too!” Mr Rudd said, in an obvious appeal to voters in his home state where the election may well be won and lost.

Mr Rudd said the appointment was all part of his new, consultative approach to governing. “When I said there would be more than just one person making policy decisions this time round, this is what I meant.

“When you vote Labor, you’re not just voting for Kevin Rudd. You’re voting for a team of Kevin Rudds,” Mr Rudd said.