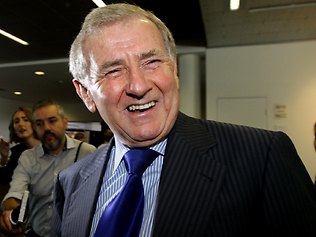 ALP elder statesman Simon Crean says he was “just looking for something to do” this afternoon when he urged the Prime Minister to call a leadership spill.

“I’ve been in politics for what seems like a f*cking eternity now and it’s just mind-numbing. Same old rubbish every single day. So seeing everyone flap around like wankers for a few hours just brightens the place up a bit, you know?”

Mr Crean said it was all just a bit of harmless fun. “Some people tag bus shelters or light bush fires to get a rush. I destabilise governments. No big deal”.

Prime Minister Julia Gillard conceded there was a problem with disenfranchised, alienated politicians hanging around Parliament House and said she’d look into getting “some basketball courts or something like that”.