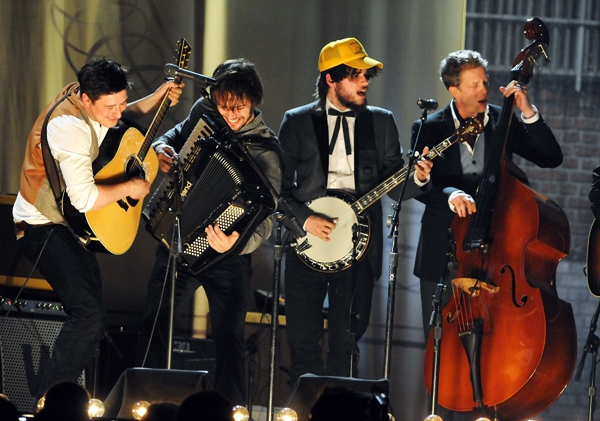 He’s only been learning the instrument a week, but when Melbourne man Jeremy Knight tripped over his banjo in the hallway yesterday he quite literally stumbled across musical stardom, unintentionally penning the entire third studio album for British band Mumford & Sons.

Knight said he was as surprised as anyone by the sequence of events. “It was late, I was a bit pissed and I was trying to find my way down the hallway to the toilet. I tripped over my banjo and set off this awful, monotonous clang that seemed to keep on going and going.

“To make matters worse, when I fell on my face, I let out this yell – a kind of wailing sound I guess you could say. It was all a bit embarrassing really”.

Luckily Knight, who is just nineteen, captured the whole incident on his iPhone. When he later uploaded it to Facebook, Mumford & Sons’ record label got in touch immediately. “They loved it. They said they’re going to release it pretty much as is,” Knight explained.