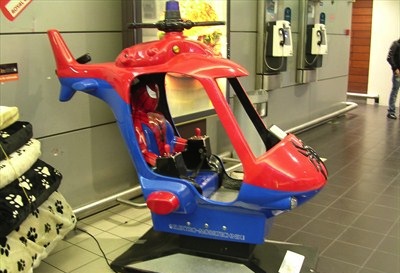 The Iranian Government has today released images of a new combat helicopter, which it says has the capacity to strike enemy targets at short notice.

The announcement – which has shocked the West – comes just days after Iran released terrifying images of its Qaher 313 Fighter Jet.

But some Western experts are dubious about the authenticity of the new combat machinery, pointing to subtle but important deficiencies in wiring as well as safety equipment. An Israeli spokesman said that, while the prototype images were convincing, he didn’t think the Spidecopter would take off.