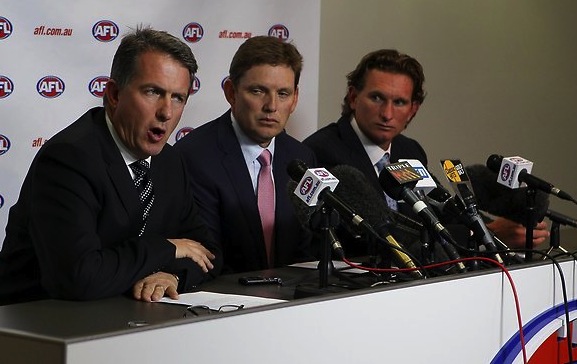 EXCLUSIVE: Just hours after allegations broke that Essendon players may have been forced to inject performance enhancing drugs into their bodies, it has emerged that many were made to inject clichés into their interviews as well.

And, according to sources, other clubs may be implicated, with some suggesting the practice has been widespread for years.

An Essendon spokesperson said the club was taking the allegations seriously and would co-operate with any investigation. “The footy club is going to have a good hard look at the tapes during the week and then we’ll hope to put this behind us, draw a line under it and move forward with playing good, accountable footy”.

One of the few players willing to comment on the allegations said, oddly, “We knew they were going to come out hard in the second half so we just stuck to our game-plan and, credit to the boys, we got the four points in the end”.