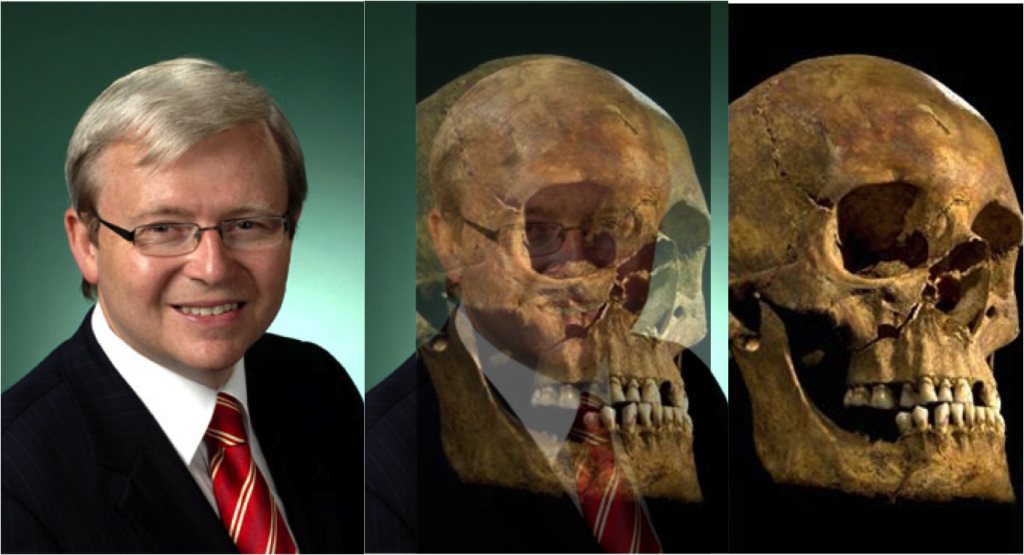 Two and a half years ago Kevin Rudd’s Prime Ministership died while fighting in the Labor Civil War, leading to endless speculation amongst political historians.

Now archaeologists claim they have uncovered the skeleton of the Prime Ministership, buried beneath a nondescript Canberra car park.

Head archaeologist Keith Morris said the skeleton was very well buried. “We had to dig through a large mound of iron-ore and then a thick layer of pink insulation batts. Someone clearly never wanted this Prime Ministership to be dug up again. If it wasn’t for a tip-off, we never would’ve found it”.

Morris said he was tipped off by an anonymous source that said there might be something of interest in the car park. “The source was pretty keen on his, I mean, Kevin Rudd’s Prime Ministership being dug up again. He’s been badgering us about it for a while now,” Morris said.

It is unclear whether the Prime Ministership will be reburied, in Mr Rudd’s Queensland electorate for example, or go on a promotional tour of the country for the next six to seven months.

Morris said they knew they for certain they had found Kevin Rudd’s Prime Ministership when they noticed that the skeleton had a twisted sense of its own self importance, which matches contemporary descriptions.

Also of interest were the wounds found on the Prime Ministership – he sustained multiple knife injuries to the back and a massive blow to his ego. “He lived in very violent times,” Morris said.