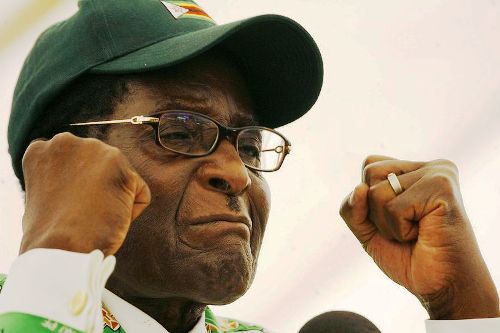 A spokesman for Mr Mugabe said the purchase was a savvy investment as it was likely to devalue at “only about half the rate of the Zimbabwean currency”.

Unfortunately the money only stretched far enough for the un-framed version of the print, but the spokesman said they would buy the frame at a later date “when funds allowed”.

Channel 9 commentator Mark Nicholas said the purchase was a sign that the 2005 limited edition release was “selling fast”.