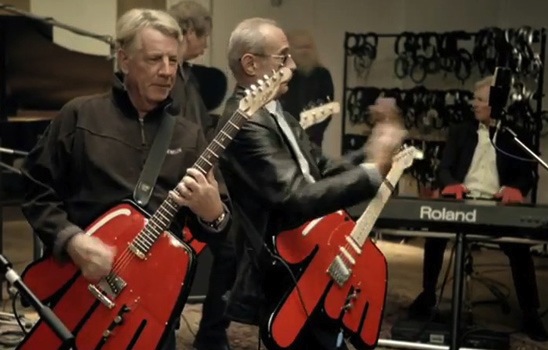 Francis Rossi, frontman for English 70s rock band Status Quo, claims there is nothing left for the band to achieve, saying it was always his dream to be the face of a discount supermarket chain marketing campaign.

“When we were young lads starting out in dingy London pubs, we took a step back and said ‘what’s our goal here?’ And we all agreed that being given the opportunity to promote cheap milk and two-for-one trays of mince to Australian grocery shoppers was the end game.

“Since those early London days we’ve played stadium gigs, had 22 top ten singles, been given OBEs. But they were all just steps along the way to where we are now. We never felt we’d truly made it until we’d secured high rotation on 40% of supermarket PA systems in the country”.

Rossi says there are some synergies between their lives now and as wide-eyed teenagers trying to get a break. ‘”Back then our main aim was to annoy our parents. Now we annoy millions of Australians every time they do the shopping”.