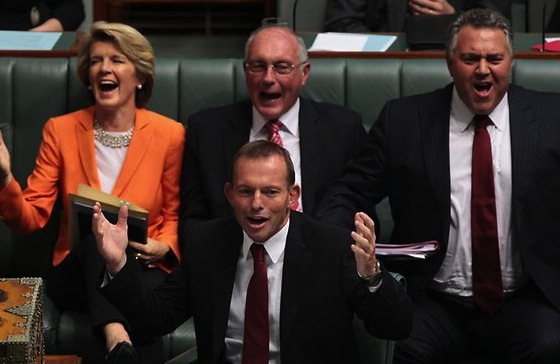 Critics have labelled it ‘shocking’, ‘gut-wrenching’ and ‘an absolute f*cking farce’. If you thought Federal Politics couldn’t get any more ridiculous, strap yourself in for the new 2013 season.

It’s the adults only sensation that’s got everyone talking. If you thought Peter Slipper’s text messages were a bit off colour, just wait until you see what’s in store in 2013!

And, because it’s an election year, there’ll be giveaways, prizes and more stunts than a Jason Bourne movie. You’ll be on the edge of your seat from the Very. First. Minute.

WHAT is she hiding?

SOMEONE will be betrayed.

ONE of them won’t survive.

WHAT did he say?

No really, what did the f*ck did he just say?

You won’t BELIEVE what he says.

Starts February 5, after the tennis.