CLOSE
Entertainment & Sport
Shane Warne Character To Be Killed Off At End Of The Season, Big Bash Scriptwriters Say 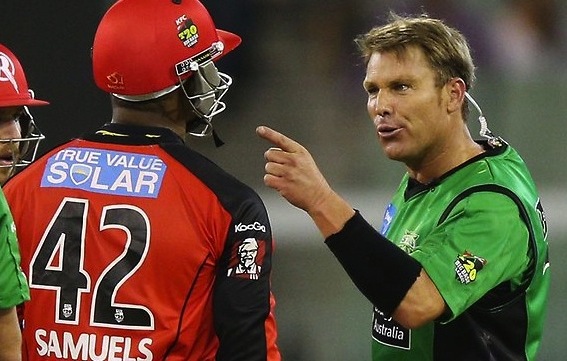 The writers behind light-entertainment TV program ‘The Big Bash’ say they’ve taken on board feedback from fans and are conjuring a way to remove Shane Warne from the storyline before season’s end.

The show – in its second season – has faced declining ratings this year, which many put down to viewers’ disillusionment with the development of its main character, Warne.

Initially fans were enamoured with the larger-than-life Aussie with an unexpectedly hot British girlfriend. But as the second season has progressed the scriptwriters have gone to increasing lengths to present Warne as a brash, abrasive has-been. They may have gone too far.

Inside sources say early drafts of the season finale have Warne dramatically losing his bowling hand in a high-speed car accident.