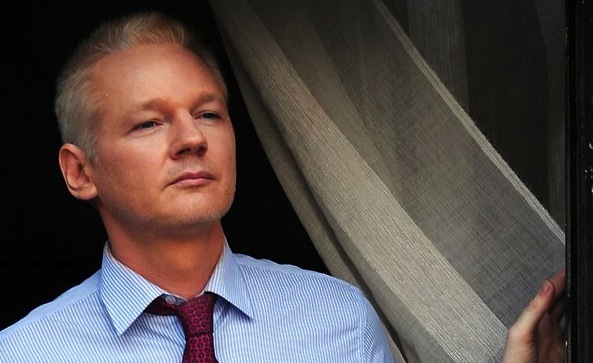 (image from The Australian)

Locked away for months in a cramped embassy full of diplomatic staff who don’t speak English, WikiLeaks founder Julian Assange says he’s ready to talk, and he’s not fussy about the topic.

In an email exchange with London police, Assange said he’d be willing to talk about “the weather, cricket, what you’re up to over the Christmas break, stamps – if you’re into that kind of thing, how petrol prices always seem to go up at this time of year, the route you took to get to work this morning, top 5 all-time stuck-on-a-desert-island albums, Kim Kardashian, Tom Cruise – what a freak, how music all sounds the same these days, the postal service, fake Christmas trees v real Christmas trees, trains. Up to you”.

When a police officer replied asking if Assange would be willing to talk about rape charges, Assange wrote “Bit heavy mate, but sure, if that’s your thing”.