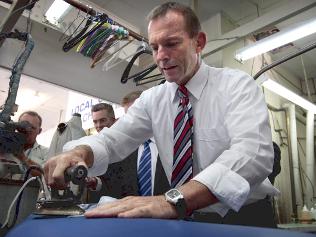 The Liberal Party says the out-dated attitudes of its leader towards women are nothing more than a technical glitch. The error, they claim, is caused when Mr Abbott’s brain unintentionally ‘time-stamps’ his beliefs in the context of 1952, instead of 2012.

A similar error occurred with the Party’s media release system earlier this year, which erroneously time-stamped a statement about the sexual harassment case against Peter Slipper.

A spokesman for the Liberal Party said “Usually we program Tony’s brain at ‘1952 + 60 years’ so he automatically fast-forwards to 2012. But occasionally the “+60” drops off, meaning he’ll say something that seems more appropriate for 1952. The comment about women and ironing is a perfect example”.