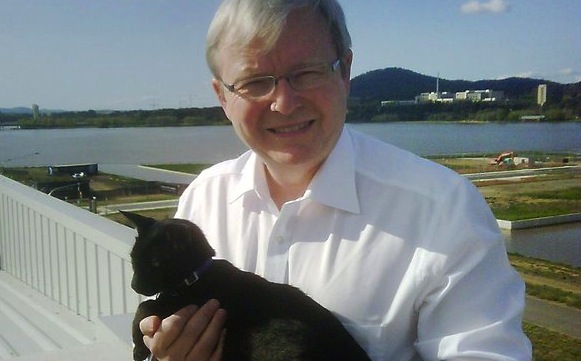 Jasper, the star of the critically acclaimed children’s book Jasper and Abby and the Great Australia Day Kerfuffle, was recently diagnosed with kidney failure, leading to an outpouring of emotion from fans on social media.

Ms Gillard today said, “I’ll never be as popular as Kevin, but I’m honoured that Australians like me almost as much as his cat”.

The Federal election is due late next year.