CLOSE
The Nation
EXPOSED: It’s not just electricity; your water and gas bills could go up too if you increase usage 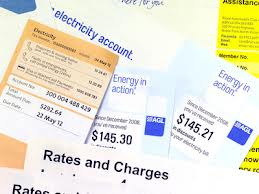 In stunning revelations today, experts have warned that a wide range of your household bills could go up if you increase the amount you use the services. The shock findings come just a day after Opposition Leader Tony Abbott revealed that a woman’s electricity bill had dramatically increased after she doubled her electricity usage.

The study, undertaken by economists at the University of Sydney, analysed the bill patterns of Australian customers across a wide range of utilities. The results were disturbing.

In one example, a Melbourne teenager’s phone bill had ballooned by more than twenty percent after she increased the number of phone calls she was making; in another, a man from Newcastle found his gas bill had gone up over winter, which he now believes may be linked to the use of a central heating system.

Harold Fredricks, a consumer advocate said the findings were a worrying sign for Australian working families. “We were pretty shocked at how closely linked bill rises were with increases in consumption” he said this morning.

Fredicks said he was now looking into allegations that supermarkets were charging customers more if they bought more. “It does seem unlikely. But you just don’t know anymore”.