CLOSE
The Nation
Gillard: “D’oh! My mojo was in my pocket the whole time!!” 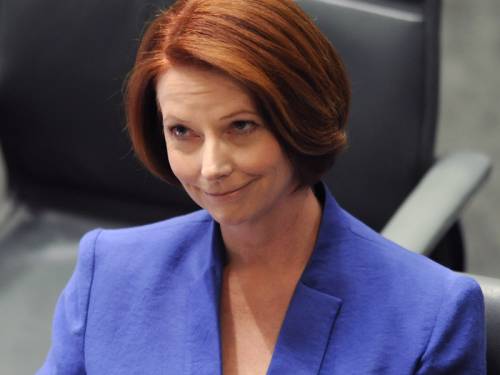 Prime Minister Julia Gillard has confessed her embarrassment at finding her mojo in her jacket pocket yesterday, after searching the entire country for it for the past two years.

“We’ve all done it! Forgot to look in the most obvious place!” The PM laughed yesterday. “I’ve been looking everywhere for my mojo – under the couch, in the car, at manufacturing plants in outer-suburban Sydney, up in rural Queensland … I even had a good search in New York when I was there last month.

“And then, as I was standing up to make my speech in Parliament yesterday, I put my hand in my pocket and, what would you know, there it was!”

The Prime Minister said she had planned to do a Gillard-standard-issue, monotonous, cliché-ridden speech to Parliament but, on finding her mojo, decided to rip Tony Abbott a new one instead.

Ms Gillard says she has now put her mojo in a safe place that she won’t forget. “It’s in the, um, it’s in the … oh fuck, where is it?”