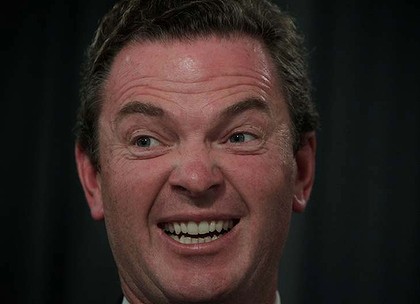 “There’s no doubting the fact that I’m the most annoying person in Australia. But spare a thought for me. I’ve had to live with me for 48 years, day in day out.”

Pyne said his whiny voice was at times unbearable. “I mean, you guys only hear what comes out of my mouth, I have to put up with what I say to myself in my head as well. It’s excruciating”.

“The arguments I have with myself are just a relentless diatribe of smug, sarcastic, know-it-all one liners. It never stops”.

Pyne said his schoolboy-style humour and self-satisfied remarks were also hard to deal with. “When I was younger – eight or nine – that kind of shtick wasn’t so bad. But as a 48 year-old, it is tough. Everyone else can just walk away or turn off the tele; I don’t have that luxury”.