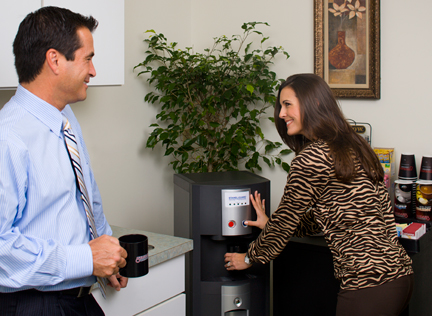 With the AFL and NRL seasons finishing up last weekend – a full six weeks before the first Test Match begins – many people were at a loss for what to talk about at work this morning.

“I usually kick off Monday mornings with a ‘how about them Cats!’ or ‘who won the tipping this weekend?’” said Melbourne marketing assistant, Simon Hodges. “But today I just sat down and started working without saying anything. It was bloody awkward to be honest”.

Sydney construction worker Rob Reed said he tried to break the ice with his co-workers by using a comment about the A League, but it fell flat, “they just pretended not to hear me”. Trudy Hawkins, an accountant from Adelaide, chose not to go into work at all today.

But some people are taking the opportunity to have real conversations. “At the water cooler today I asked a co-worker about her new baby,” said Melbourne lawyer Hugh Brockworth, “She said ‘fine’ and then went back to watching Grand Final highlights on Youtube. It felt good to have that deeper interaction”.

New South Wales Premier Barry O’Farrell said he would work with the other states to make sure that either the football season is extended or the cricket season started earlier, to ensure Australian workers are not forced into awkward situations in the future. “It’s no good for anyone when we feel uncomfortable in the workplace. It has a real effect on the economy,” he said.