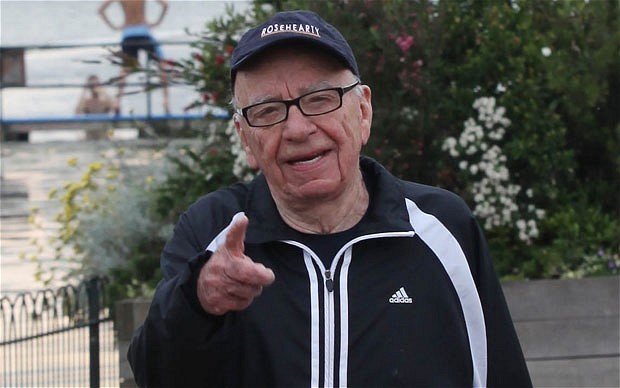 Mr Murdoch gives journalists a taste of his freestyle rapping skills which may make an appearance on the show.

Media mogul and dance connoisseur Rupert Murdoch has announced he will be taking over as host of the Ten Network’s Everybody Dance Now after daughter-in-law Sarah failed to attract viewers to the show.

An annoyed Rupert said this morning “Sometimes if you want something done properly, you just have to do it yourself”. The show averaged an audience of just 324,000 viewers on its second night, after opening with a mediocre 598,000.

Although Mr Murdoch doesn’t have a direct interest in Channel 10 (son Lachlan is chairman) he said he couldn’t just stand by and watch while such a quality show tanked. “I asked Lachlan whether he’d be kind enough to replace his wife with me and keep his inheritance intact and he said yes, which is just great news. I’m big into dancing myself – mainly breaking and krump, sometimes the Macarena – so it’s really a dream come true for me”.

In a statement released late this morning, Lachlan said “My father was the obvious choice to replace Sarah. He has that natural human touch and his breakdance routine has to be seen to be believed”.