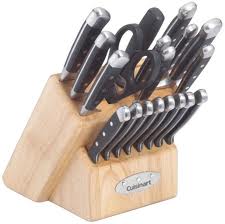 Are your kitchen knives letting you down? Do you spend hours trying to cut the crap out of your life only to find that your knives were designed for cutting vegetables instead? Well say goodbye to your old, tired, one-dimensional knives and say hello to The Shovel’s all-purpose knife set; four knives that will change the way you think about, well, knives.

You’ve heard people say you could cut the tension with a knife, well, with the T4-40, you actually can! Amaze your family as you inappropriately pull out a kitchen knife during a tense dinner-table argument. Impress your mates during match point at the tennis. Best of all, the T4-40 comes with its own carry case, so you’ll never miss an opportunity for a knife-related pun.

Sick of sitting in meetings where puffed-up wankers bang on about best-practice strategic solutions and symbiotic partnerships? Cut clean through the bullshit with the X4 Genus. No more ‘we’ll need to take that offline’, say goodbye to ‘let’s think outside the box on this one’. Just pull out the X4 Genius and watch the bullshit drop clean away.

The Razor-500: ‘The best way to cut apron strings’

30 and still living at home? Yet to learn how to take responsibility for yourself? The razor-sharp Razor 500 will have you moving out and acting like an adult in no time. Comes with a free bag of cement, so you can finally harden up.

Tired of listening to long, boring speeches? Sick of waiting while your girlfriend/boyfriend skirts around the edges of a delicate topic? Well, with just one flash of the Nova-1000, you’ll get them cutting straight to the point. You’ll gasp in amazement as your boss tells you what he really thinks, you won’t believe your eyes as business negotiations conclude in just seconds. Every household should have one.

What would you expect to pay for all of these knives? Five hundred, six hundred, seven hundred dollars? Really? How ridiculous! That would be an extraordinary amount to pay for four hypothetical knives. No, you can get the full knife set – the X4 Genus, the Razor-500, the T4-40, the Nova-1000, PLUS the free bag of cement, for just $49.95.

And … if you order these knives in the near future, we’ll throw in the R-20A so you can cut the middle-man right out of the equation!