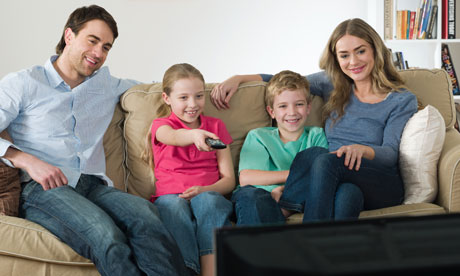 Like so many Olympic dreams, it started with high expectations. On the eve of the Olympic telecast, the Heath family from Indooroopilly in Brisbane’s west were anticipating their best Games yet. With a new plasma TV, eight dedicated channels and two weeks of non-stop coverage, they were confident they would break their record, set during the Beijing Olympics, of 152 hours of TV viewing.

But cracks started to show early when dad, Robert, forgot to set the alarm for the 4x100m freestyle final on day two. “It set the tone for the whole Games,” said mum, Belinda Heath. The family would go on to miss four more gold medal finals and, crucially, run out of snack foods during the women’s marathon. “That race goes for over two hours,” Belinda explained, “the kids were starving”.

Now Robert has commissioned an independent review, to be conducted by neighbour John, to determine what went wrong. High on John’s list of incidents to investigate as part of the post mortem will be: how the Heath’s got lured into watching the dressage rather than the 200 ‘fly heats on day five, why Robert fell asleep during the synchronised swimming and whose idea it was to set the couches in an awkward T-shape rather than a more traditional L formation.

Robert says he can’t comment on what changes the family will make for future events until he sees the full report. But he believes it is time to move on from the disappointments of London 2012. “We’ve just got to put it behind us now. Rio’s in four years. From today, that’s our focus”.