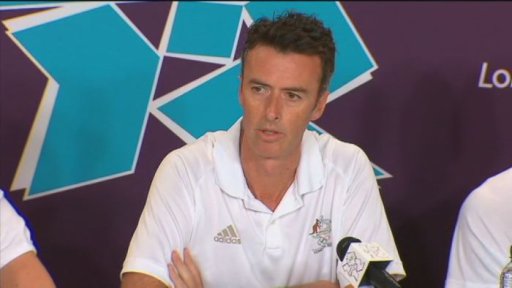 After four days of competition and with just one gold medal to its name, Australian has politely asked the organisers of the London 2012 Olympics to wrap everything up early.

Australian Chef de Mission Nick Green said this was nothing at all like how he was told the Olympics worked. “I was under the impression that we just won loads of gold medals and then had a big ticker-tape parade back home. Something has clearly gone wrong. I’ve reminded the organisers that Australia needs to win a lot of medals and I’ve simply asked them whether they’d be kind enough to pull the plug on the whole farce. Let’s pretend it never happened”.

Robbo Simpson from the supporter group The Fanatics agrees. “Everyone’s had their fun. It was a great opening ceremony and all that. But let’s be totally truthful, no-one’s really interested in the sporting bit are they? We never were. We just pretended to be as a show of respect to Great Britain. But I think we can all be adults about it now and say it’s time to go home”.

Channel 9 – who holds the Australian television broadcasting rights for the Games also has concerns. Spokeswoman Jenny Wong said she had pointed out to the London Organising Committee (LOCOG) that the whole thing was costing Channel 9 loads of money and wasn’t really working. “Every time we show a replay of the French team winning that f*cking relay we lose thirty thousand viewers. That’s on top of the thirty thousand we lose every time we show Grant Hackett’s face. It’s just not sustainable”.

A LOCOG spokesperson said he wasn’t in a position to call off the Games at this stage but would let Australia win the next Commonwealth Games if that made us feel better.