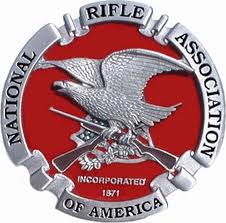 The National Rifle Association (NRA), America’s peak gun lobby, says it has found a way to stop future gun massacres at cinemas: pre-test ticket-holders for psychological disorders. Under the plan all movie-goers would undertake a quick forty-minute assessment by a qualified psychologist before being given the green light to take their seat. Those who fail would be sent straight to death-row.

“It makes total sense”, said NRA spokesman Kyle Beaver “Of course we know that there is no link between guns and people getting shot – that’s an absurd socialist conspiracy. But what we do know is that only insane people do shootings. Take them out of the equation and we eradicate mass-murders. Simple”.

When asked whether it might be easier just to restrict the sale of semi-automatic weapons, Beaver said “Well that’s just crazy talk. You certainly wouldn’t make it past the psych test! Hope you like DVDs buddy!”

Nick D’Arcy and Kenrick Monk on their way to a film yesterday.

Beaver also said that as part of the program, those who pass the test would be allowed to take as many guns into the cinema as they wished. “For too long we’ve discouraged people from taking assault weapons into cinemas; we’ve taken away the basic American freedom to see a film with a firearm”.

NRA life member Jamie Jones said he was looking forward to the new system. “Just imagine, two-hundred sane, law-abiding, freedom-loving citizens, all armed to the teeth, quietly watching a movie. I can’t think of anything safer”.

He said that anyone who opposed the new measures should be shot.