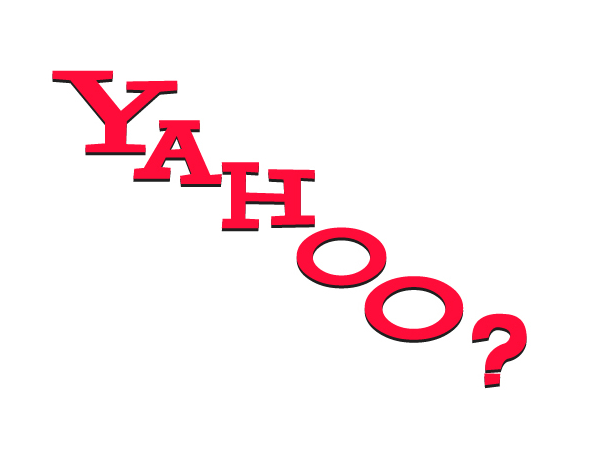 Internet company Yahoo! has finally faced the reality that it is nothing more than a poor man’s Google, announcing yesterday that it will replace the ‘!’ in its logo with a ‘?’.

Incoming CEO Marissa Mayer announced the change at a semi-live Q&A session on Yahoo! Answers, saying it was the logical step for a company that now serves no real purpose. “Back in the 1990s we were cool and hip and relevant, so the exclamation point made sense. But come 2012, there’s not a lot to get excited about. Even we’re not really sure what the point of Yahoo is”.

Branding company Branding Solutions was paid $40 million to change the logo. Branding Solutions CEO Chad Robinson said they undertook extensive research before making the adjustment. “When we spoke to people about Yahoo! the typical response was ‘why?’ or ‘sorry, what?’ or ‘ya who?’ or ‘aren’t they owned by Google?’, so the question mark made a lot of sense”.

Asked how long it took his design team to make the change, Robinson said “Four to five minutes. At a push”.

The new logo will be slowly rolled out across people’s computers over the next few years.