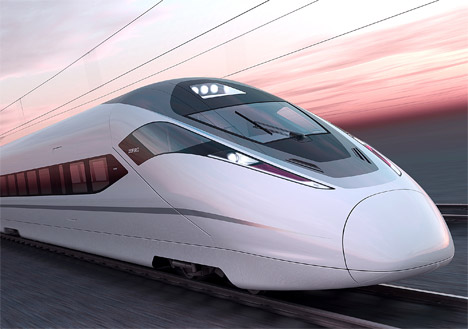 In 2010 Victorian Opposition Leader (now Premier) Ted Baillieu unveiled the centrepiece of his election campaign – a pledge to build a $250 million rail link to Avalon Airport, a small but much-loved landing strip used by model plane enthusiasts and Geelong thrill-seekers looking for an un-interrupted stretch of well-laid bitumen.

Now the Premier, who is fast becoming known as ‘Transport Ted’, has announced plans to build a $400 million dedicated rail line to the front door of trucking magnate Lindsay Fox’s Portsea mansion.

A spokesperson for the Victorian Government said the link would provide a much-needed economic boost to the Portsea region and would ease the helicopter jams that were now all too common on the Portsea to Melbourne route. He baulked at suggestions that the project was nothing more than a personal favour for Mr Fox (who by chance also owns Avalon Airport), adding that the fact that Fox is a Liberal Party supporter and fundraiser was “purely coincidental”.

It is estimated that up to four people per day use Mr Fox’s Portsea residence, significantly more than the number using Avalon Airport.