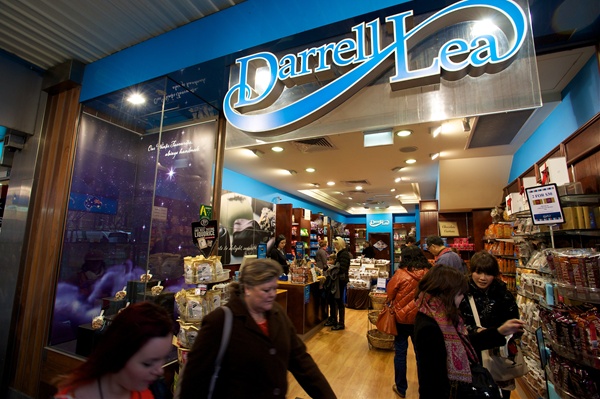 It started as a case of rich pickings but quickly turned into an all-out binge. As Darrell Lea – one of Australia’s largest chocolate retailers – went into voluntary administration, newspaper sub-editors around the country rushed to get their teeth stuck into the bounty of witty headlines available.

As the news broke, The West Australian gave us a flavour of what was to come with the headline “Darrell Lea melts into administration”. The Brisbane Times warned that the “… historic store could bite the (liquorice) bullet” and the Herald Sun suggested it would be a “Rocky road ahead for Darrell Lea”. The following day, The Business Spectator had identified the cause of the chocolatier’s problems: “Soft centres”. A week later we had the encouraging news from The Australian that “A hungry public backs Darrell Lea workers”.

But by the end of last week when the Adelaide Now website broke the news that “Four players bid to gobble up Darrell Lea” the last of the chocolate-related puns had been devoured. It is alleged that the staff at Adelaide Now didn’t ask anyone first before taking the last pun.

“I feel a little bit sick,” said Eliza Conroy a sub-editor at the Daily Telegraph. “What happens if there is more breaking news for Darrell Lea? We can’t run a headline without a pun, we’d be in all-sorts  … our jobs would be on the chocolate block, I mean chopping block”.

Conroy conceded that all newspaper outlets were jointly to blame “We all got our piece of the action. But I’m pretty sure that Fairfax got a bigger piece than us which is totally unfair”.

Bob Crichton, a spokesperson at Fairfax, said Conroy was just bitter. “There was a wide assortment of puns available. But when it came to the crunch, we were delighted to be able to tell which were the best ones”. He suggested Conroy harden up, “There’s no need for a meltdown”.

But a junior intern at Fairfax who didn’t want to be named wasn’t so upbeat, saying he was ‘shattered’ that the puns had run out and claimed he wasn’t made aware of the news until this morning. “We were in the dark about it,” he said. He wouldn’t elaborate on just how dark it was, but hinted it was at least 70%. “I’m trying to move on – I’m philosophical about this. My mum always used to say ‘Life is like a box of …’ oh, bugger, I think that’s been used already”.