CLOSE
The Nation
Finally, Japanese Scientists Work Out How To Turn Whales Into Mobile Phones 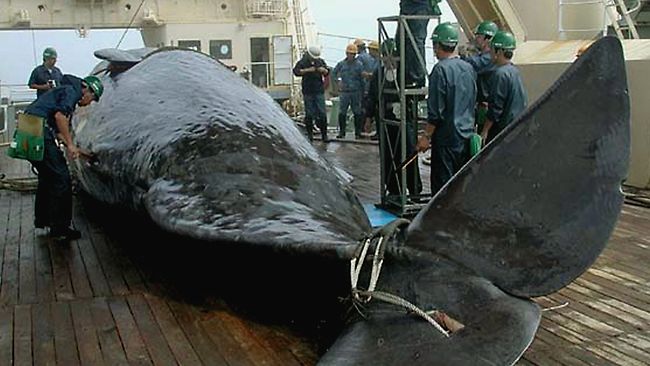 The work has been back-breaking, unrelenting and at times under-appreciated, but when a group of Japanese scientists finally had a breakthrough in their decades-long quest to turn whales into telecommunications devices, the hard slog all seemed worth it.

In a paper to be published in the Japanese New Scientist Magazine tomorrow, chief researcher Hayato Takahashi outlines how a hump back whale was successfully transformed into a ‘5G’ smart phone dubbed the ‘iWhale’. It comes after years of scientific research into the creatures, many of whom lost their lives in the name of, as Takahashi describes it “better connectivity and a game-changing user interface”.

Sea Shepherd spokesperson Anita Goodes, who has spent a decade chasing Japanese whaling vessels in an attempt to stop the research said “I’ve got to admit, when I saw one of the phones I was converted to the cause. Animals have rights, but let’s face it, they’ve got no need for a phone like this. We do. It’s going to be huge”.

The iWhale won’t be available to the mass market until next year but eager Japanese tech enthusiasts have already starting lining up outside mobile phone shops, hoping to get a first look at the new devices.

Asked if the scientific research would need to continue now that the breakthrough had been made, Takahashi said “Oh yes, we want to keep researching. Our next goal is to try to turn whales into a source of food. Although that seems a way off yet”.