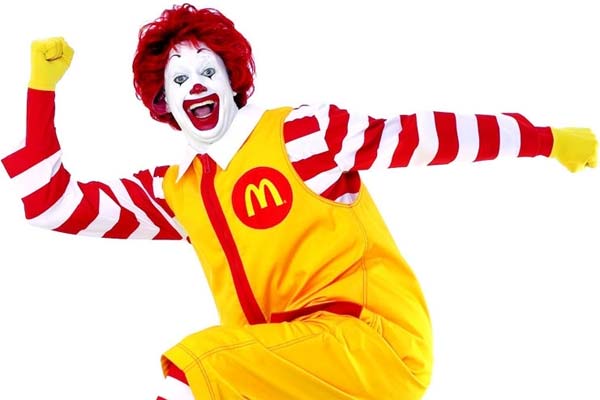 If you were expecting your Yorkshire pudding to be served with a smile at this year’s London Olympics, you’re out of luck. Food giant and London 2012 Olympics sponsor McDonalds has pulled rank, forcing a ban on smiling across all Olympic venues, except in its restaurants. It comes just days after it was revealed that food outlets will be prevented from selling chips (unless served with fish).

Ronald Friar, a spokesman for the fast food chain, said imposing the ban was nothing more than common sense. “We invented the smile back in 1964 and we’ve been selling Happy Meals for decades. There’s nothing sinister about this; we’re just protecting our intellectual property”.

Asked if he thought the ban was going too far, Friar said “Not at all. What we’re telling people is, smile as much as you want in your own homes – we’ll let those go un-punished – but if you’re at an Olympic venue, just keep your lips horizontal. It really is that simple”.

London Olympic officials confirmed there will be concessions made for athletes. Comeptitors who win an event will be allowed to smile, provided they use the phrase ‘brought to you by McDonalds’ in interviews.

But spectators, volunteers and shop employees will be strictly monitored to ensure there is no illicit smiling. Terry Hughes, who runs a fish and chip shop near the Olympic village, wasn’t concerned about the ban. “My staff are a miserable lot. They whinge and complain most of the time, so this won’t make any difference to us”.